Why Rats Don’t Have a Gallbladder: The Answer Might Surprise You 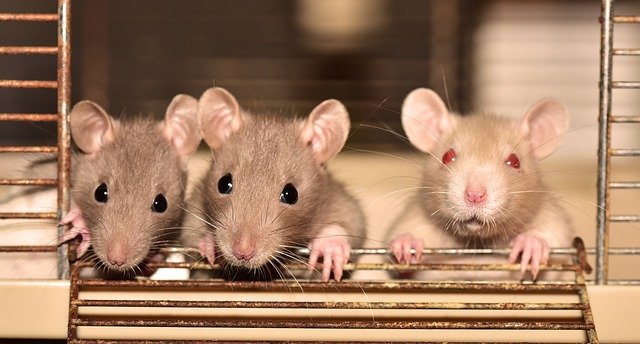 Rats are one of the most studied animals on the planet, yet there is still much that we do not know about them. One question that has puzzled scientists for years is why rats do not have a gallbladder. This blog post will explore the possible reasons for this and discuss some of the implications. So stay tuned, science fans – the answer might surprise you.

Why Rats Don’t Have a Gallbladder

Rats are one of the most studied animals in the world, yet there are still many things scientists don’t know about them. For example, rats don’t have a gallbladder. This may seem small, but it tells us a lot about rat anatomy and physiology.

The gallbladder is a small organ that stores bile, a digestive fluid produced by the liver. Bile helps to break down fats in the gut, and the gallbladder helps to release it in small quantities when needed. However, rats don’t have a gallbladder because their diet is deficient in fat. As a result, they don’t need to store bile as other animals do.

This lack of a gallbladder also means that rats can’t secrete bile on demand. Instead, they rely on constant production from the liver. This may be why rats are more susceptible to liver damage than other animals.

So why don’t we see this same lack of gallbladder in other animals? It’s likely because rats have evolved to live on a minimal diet.

Their intestines are shorter than other animals, so they can’t extract as many nutrients from their food.

As a result, they’ve had to adapt by becoming more efficient at digesting what they do eat. One way they’ve done this is by losing their gallbladder.

1. Rats do not have a gallbladder because their diet does not require one

The gallbladder is a small, pear-shaped organ that stores bile produced by the liver. Bile is a fluid that helps to break down fats in the intestines.

In rats, the gallbladder is absent due to their diet and digestive system. Rats are primarily herbivores, meaning that their diet consists mainly of plants.

The plant-based diet of rats does not require a lot of bile for digestion, so the gallbladder is unnecessary. Additionally, rats have a simple digestive system that doesn’t require much time or energy to break down food.

Without a need for extra bile or extended digestion, the gallbladder becomes unnecessary and is not present in rats.

2. The gallbladder stores bile, which is produced by the liver to help digest fats

The gallbladder is a small, pear-shaped organ that stores bile produced by the liver to help digest fats. Bile is a yellow-green fluid that contains cholesterol, bilirubin, and electrolytes.

Bile also aids in the absorption of fat-soluble vitamins, such as vitamin A, vitamin D, vitamin E, and vitamin K. Gallstones can form when there is an imbalance in the composition of bile.

3. Rats eat a primarily plant-based diet, so they don’t need a gallbladder to store bile

Rats are one of the most common rodents in the world, and they are known for their agility and ability to squeeze into small spaces. Rats typically eat a primarily plant-based diet but eat insects, carrion, and other small animals.

Because of their diet, rats do not need a gallbladder to store bile. Bile is a fluid that helps the body break down fats and is stored in the gallbladder. Rats also have a different number of bones than other mammals.

For example, rats have 18 ribs, while humans have 24. The extra ribs give rats more flexibility, which allows them to squeeze into tight spaces. Rats also have excellent hearing and sense of smell, which helps them to find food and avoid predators.

4. Rats can digest fats without a gallbladder because they have a different kind of liver than other animals

Most animals, including humans, have a gallbladder that stores bile produced by the liver. Bile is necessary for the digestion of fats.

However, rats do not have a gallbladder. Instead, their livers can directly secrete bile into the intestine. This adaptation is an evolutionary response to the high-fat diet that rats typically consume.

Their livers are larger and have more bile ducts than other animals, effectively allowing them to digest fats without a gallbladder.

Interestingly, this adaptation may also allow rats to withstand poisoning from certain types of rat poison. Rat poison typically works by damaging the liver and causing it to shut down.

However, because rats can secrete bile directly into the intestine, their livers are less susceptible to damage from poison. As a result, rats can continue to digest fat and survive even when their livers are injured.

To sum up, rats do not have a gallbladder because they can break down fats without one. This is because their intestines are very efficient at absorbing nutrients.

Additionally, rats have a high level of lipase in their blood, which aids in the breakdown of fats. Finally, rats also consume a diet lower in fat than what is typically found in the diet of other mammals.

Consequently, their bodies have not needed to evolve the ability to store excess fat in a gallbladder. These factors explain why rats can live healthy lives without a gallbladder. Do Rats Need Mineral Blocks? You Will Be Surprised